Two weeks have come and gone since the last post, and while I apologize to the readers/followers of the blog, know that these two weeks have been anything but silent. Since opening Pure Health, we have had awesome news on a somewhat monthly basis; new equipment, an in-house competition, PR’s galore, new class offerings, and new coaches. However, the last two weeks have been some of the best, and come at probably the best time, 1 year from the date of starting the gym.

If you follow us on Instagram or Facebook, then you are most likely in the loop, but if not, let me fill you in on what has gone down:

Last Saturday we took 7 athletes to the Oklahoma Fitness expo to compete in 3 different competitions (Strongman, Power lifting, and Weightlifting). After a full 8 hour day of competing, we walked away with 6 golds (2 in power lifting, 4 in weightlifting), 1 silver (strongman), and 2 best lifter trophies (strongman and female masters weightlifting). The variety did not stop at the type of competition, but in age as well; our youngest lifter, Lauren Williams, getting a medal in her first competition ever and out-lifting many ladies 10+ years older than her (she is 12), set all 3 records at the state level (Snatch, Clean and Jerk , and total). Our oldest lifter, Debbie Strobel, received the honor of best female masters lifter (she is 57 years young), out-lifting many mid-30 year old women as well as setting all 3 records at the state level for her age group and weight class!

Yesterday–well yesterday was equally as amazing! The PHP girls power lifting team, after working and grinding all season and qualifying, finally got to go to the long awaited USPA Powerlifting Drug-Tested Nationals! Both myself, Kaleigh and the girls, Jessa and Nancy, were just excited to get to come out and coach and lift at the national level and had the mindset to hit out numbers and finish the season strong…..

However, after warm-ups and the hype of the competition, the girls were feeling great, so we made some big jumps, and let me tell you how it payed off:

Jessa competed in the open classic raw division and won first place (yes, at a national meet) after only lifting steadily for the past 8 months. She also received the honor of best female lifter in her division by Wilks Total and has qualified for worlds this year and nationals for next. Not only that, but she also went:

While these numbers are amazing and solidified her win, the best part is when you compare them from her first meet in March:

Our other amazing power lifter, Nancy, has done quite the same, placing second in her open raw division and finishing with an amazing battle to the athlete that clasped the first place spot! The best part about Nancy is that she has done all of this while dropping a whole weight class and qualifying for nationals and worlds in both! Nancy hit the following lifts:

When compared to her first meet from March, where she was a weight class heavier:

Nancy has not only continued to lose weight and maintain most of her strength, but also has become so much more mobile to the point that squat depth is not longer an issue!

While all of this is just an update on how amazing our team is , reading this you should know that not a single one of them came in with the idea that they would compete at a state or national level (by the way, our very own Debbie Strobel has also qualified for the 2016 Kill Cliff Granite Games, so there is that…).

Instead, they fell in love with their sport of choice, and most of them being women, fight a very hard uphill battle from some very idiotic and pre-conceived notions of how they “should be.” However, none of this held them back, and every time they have been pushed down, they have come back to the top and conquered!

You may encounter many defeats, but you must not be defeated. In fact, it may be necessary to encounter the defeats, so you can know who you are, what you can rise from, how you can still come out of it.”
― Maya Angelou

On top of that, our team’s training is not a run of the mill come in and work out for an hour and leave, nor does it stop at the gym. Their training pushes down, and it pushes hard, but through it all, they saw that small light at the end of the tunnel (which happened to be a gold medal), pushed back, got up, and pushed toward it!

More importantly, they didn’t come in with this dream–this dream developed as they did, the goal of accomplishing more than they’d realized they could becoming more and more realistic as they progressed. My hope is that everyone (male or female, young or old) could see our team as an inspiration and a reminder that dreams like these may not be out of reach.

I, as a coach, have been so honored and humbled to be able to be a part of this experience and witness such amazing growth in my athletes. Now we will take a minute to reflect on what has been accomplished ( and a much needed rest week) and then… well, then we will turn our eyes to the World Stage and start putting in the work we need to see these ladies succeed further! 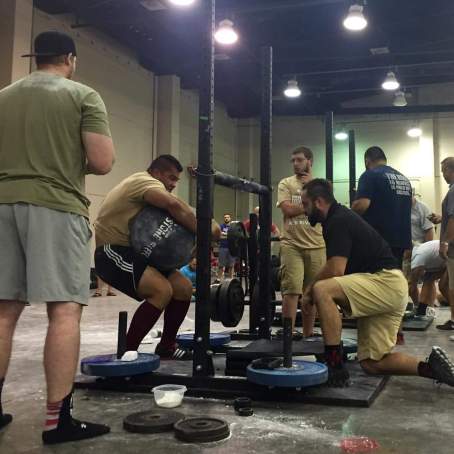 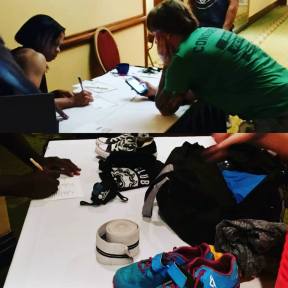 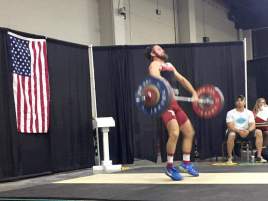 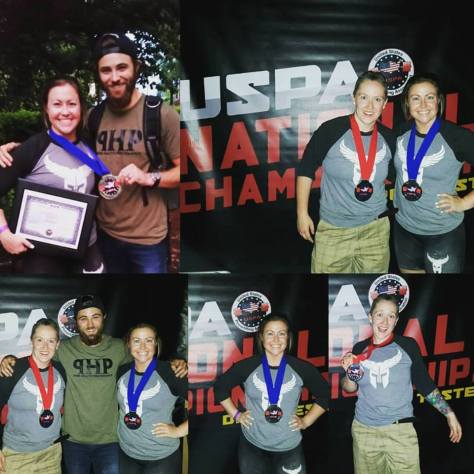